They wanted to run from the persecution in Turkey. The Aksoy Family’s only option was to cross the Aegean Sea on a boat. Sena Aksoy was a young teacher at the age of 30. The boat they were on with his son Yusuf Baha Aksoy and his wife Hasan Aksoy capsized in the Aegean Sea. Both died. Father Hasan Aksoy was rescued but arrested. He was not even allowed to attend the funeral of his wife and child.

A JOURNEY OF HOPE IN THE AEGEAN…

On July 28, 2018, 7 people, including three babies, lost their lives due to the capsize of the boat they were on in the Aegean. Hasan Aksoy, a literature teacher who had dismissal with the Decree Law (KHK), and his family, who got on the boat to escape the persecution in Turkey, were also in the sinking boat. When Hasan Aksoy was rescued by a fishing boat, his wife Sena Aksoy and 3-year-old son Yusuf Baha Aksoy had already died in the cold waters of the Aegean. Hasan Aksoy, who was taken into custody on the same day, was arrested and sent to prison. He could not even attend the funeral of his wife and child.

Sevinç Özarslan from Bold Media reached out to Hasan Aksoy and wrote his story. The story of the Aksoy family’s journey of hope, which ended with sadness in the Aegean, was as follows:

He did not tell anyone, including his family, what he had been through and why he wanted to leave his country, for a long time. That is, until he remembers the words of his life partner Sena Aksoy, “Go out in court, tell about the genocide we went through, and make sure you make your defense”…

‘RESPONSIBLE ONES ARE THE TORTURERS IN THE BARTIN POLICE DIRECTORATE’

Hasan Aksoy, in his first defense at the Bartın Heavy Penal Court on May 21, 2019, said that it was the torturers in the Bartın Police Department who caused him to leave his country by getting on a boat with his family.

Aksoy said, “There is only one thing I want to say to the prosecutor; There are so many tortured people, so many testimonies taken under torture, and let them show me one legal action regarding these torturers, one for the sake of Allah. Do not protect these torturers. It is the torturers in the province of Bartın who caused the death of my children and my children. It is nobody else. If there was no torture in Bartın, as you say, I would neither have fled from justice nor would I have surrendered.” said.

Aksoy, who wrote that an arrest warrant was issued for her due to a statement taken under torture and that although she said that she wanted to confront the testifiers, these demands were not accepted, “You all know and see the tortures even in small Bartın City. Although people expressed this situation before the court, let alone taking action, the torturers of this period, like the torturers of every period, were taken under protection. used the phrases.

HE SAID THE NAMES OF THE TORTURERS

Aksoy, naming the torturers at the court, said: People who have made statements against me in the first law enforcement office reject their statements taken under pressure under pressure and in inhuman conditions, and even say the people who made these statements before you in this court. They say that pressure, force and violence were applied to us by the people whose names we know and hear as Ayhan, İlkay and Fatih, and by the director of KOM (Department of Anti-Smuggling and Organized Crime). Unfortunately, no matter how much they say, the court does not hear these statements!”

“TALK! OR WE WILL NOT SEND YOU TO THE FUNERAL”

Hasan Aksoy, who most recently taught literature at Bartın Vocational High School for Girls, got on a boat with his wife Sena Aksoy and their son Yusuf Baha on 28 July 2018 to cross from Ayvalık to the island of Lesbos. The boat capsized before it could reach the island. 7 people died in the boat with a total of 16 people. Gülfem Yeni, who lost her husband Gökhan Yeni and babies Nurbanu and Burhan, was one of the mothers who lived that night and whose pain is still fresh.

Hasan Aksoy was arrested after the incident and sent to Balıkesir Burhaniye Prison. Aksoy, who stayed here for a year, wanted to be transferred to Mersin, where his family lived, but he was not transferred. He was imprisoned in Tarsus No. 1 T Type Prison.

Aksoy was not allowed to attend the funeral of his wife and son. He was threatened in his first statement after the incident, “Speak! Otherwise we will not send you to the funeral ”.

“ALL POLITICIANS SHUT UP IN SHAME!”

Hasan Aksoy also mentioned this incident in his defense:

“Whatever hatred is imposed on the society, whatever fear is given, people have even lost the sense of respect for funerals. The simplest is our case. You saw it, you lived it, you heard it too, Judge. There was a Syrian baby who passed away in the Aegean, Aylan Kurdi, and those who shed crocodile tears for him at that time, those who stood in line to shed tears, the whole zevab team, all state levels from the bottom to the top, what kind of grudge and hatred they had for their own children of their homeland. let alone shedding tears, it was almost as if their funerals were not claimed, and the funeral vehicles belonging to the nation in Bursa were not given to the own children of this nation. Even on the agenda of the Turkish Grand National Assembly, some deputies had to come to mercy and speak… Was it really worth keeping silent about the persecution of innocent babies? Now, my son will never grow up, all the politicians of this country, the whole justice mechanism, if there is justice, all the authorities should bow their heads and remain silent in shame, as the cry of a father who could not even bury the body of my boy Yusuf.”

“YOU ENGRAVED THE GENOCIDE IN MY HEART”

After this 3-page defense on May 21, 2019, Hasan Aksoy prepared a second handwritten defense of 29 pages on July 29, 2019, and defended himself again in the final hearing held on August 1, 2019. Explaining in articles that his detention is in a contradiction with the Constitution of the Republic of Turkey, Aksoy shouted at the end of his defense that no punishment could even be compared to his pain as a person who lost his son and wife:

“Even though I lost my wife, my child, you arrested me and put me in the dungeon for reasons that would normally have been laughable. You have engraved the genocide in my heart by not allowing me to bury even my 2 lives. No punishment you will give can even come close to the pain I experienced while staring at the babies whose eyes were closed to this world, lying silently when I took them to the boat from the sea. I do not expect justice from the so-called justice, who was forced to be the murderer of three innocent sabers and dozens of them. You can give me the predestined punishment you want, without fear, heroically, comfortably. I said, there is no one behind me but Allah…

“MERCY CANNOT BE THE CURE OF OPPRESSION”

I don’t want mercy from you, I don’t need anyone’s pity for me, mercy is also a part of the persecution, don’t pity me or my wife and child, whom I sacrificed in the genocide!! Mercy cannot be the cure of oppression. This defense that I have written is a request to the court in resurrection. And is also a gift to the divinity. Of course, Allah is just and absolute.”

REPORTED BY THE SCHOOL PRINCIPAL

Hasan Aksoy, who was arrested within the scope of the “Cemaat(Community)” investigations, was sentenced to 10 years, 1 month and 15 days in prison because he first reported by the school principal he worked for and then his cousin. The decision was upheld by the Court of Appeal on 28 August 2019. Dismissed with the Decree No. 672 issued on September 1, 2016, Aksoy said, “I was expelled on September 1. My search started on October 4, and I was reported (August 24, 2016) as a fugitive without a search warrant.” he said.

In his second defense, of 29 pages, on July 29, 2019, Hasan Aksoy responded in detail to the “accusations” against him, refuted all the allegations, and said, “How can working at school, depositing money, money order, EFT, witness statements under torture be related to being membership in a terrorist organization? ? Let’s say you have deceived the servants and how will you deceive Allah in the hereafter, while you have not been able to explain these in any platform where the universal law is current, in real courts and while the decisions made in this way are falling like rags, while they are engraved on the shameful pages of history?” he asked. 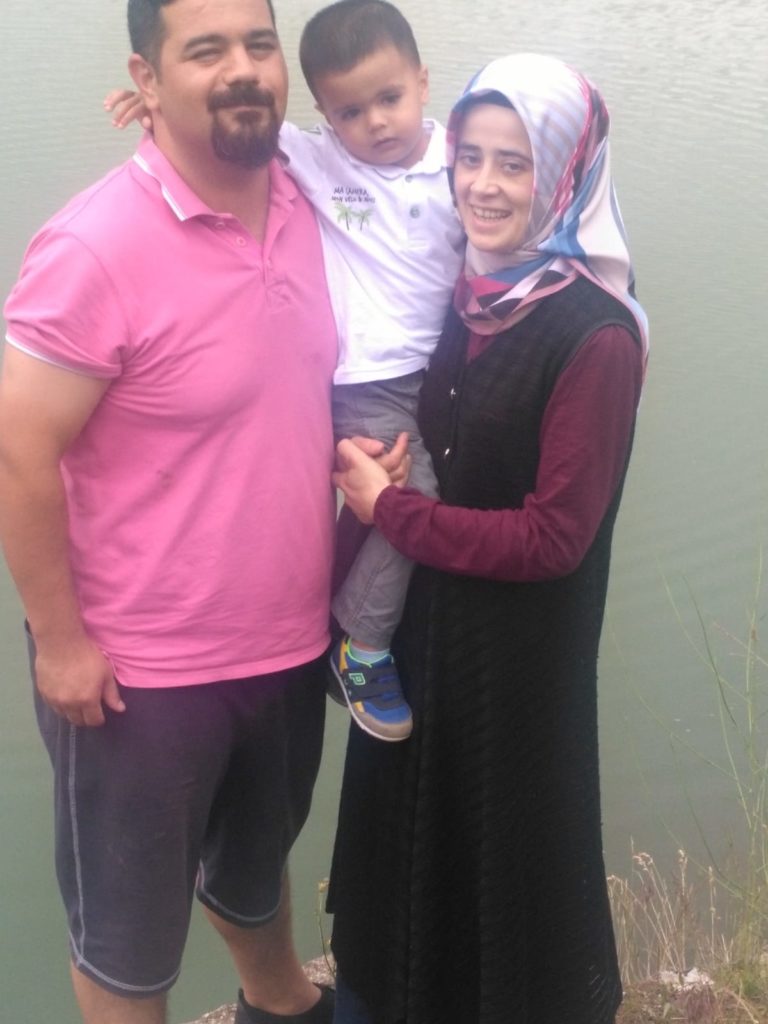 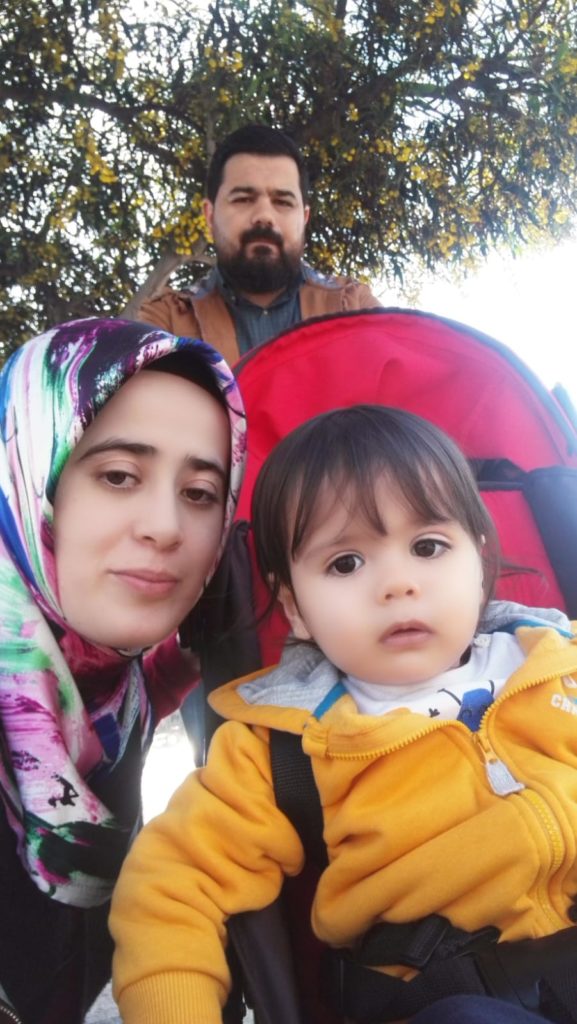 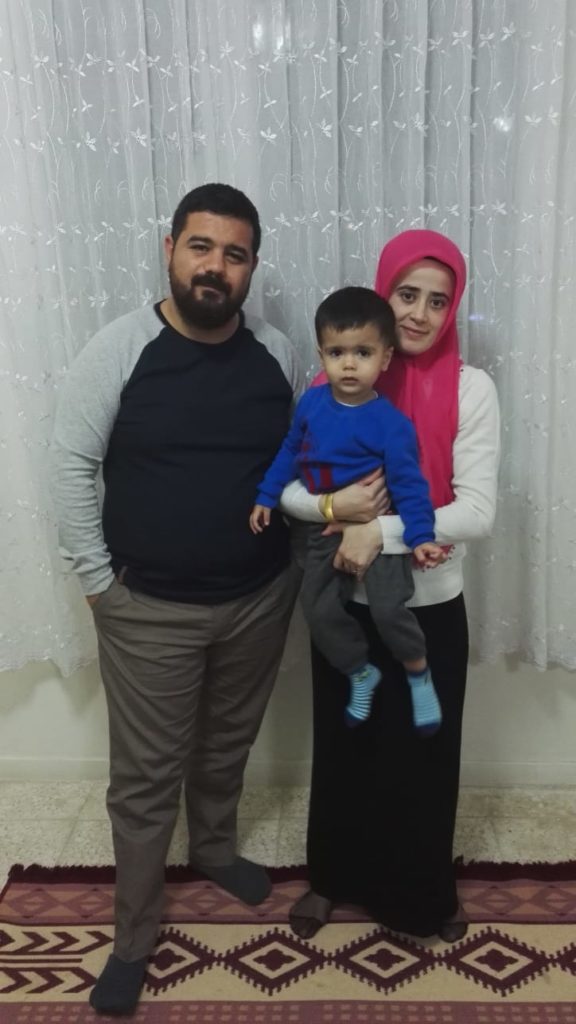 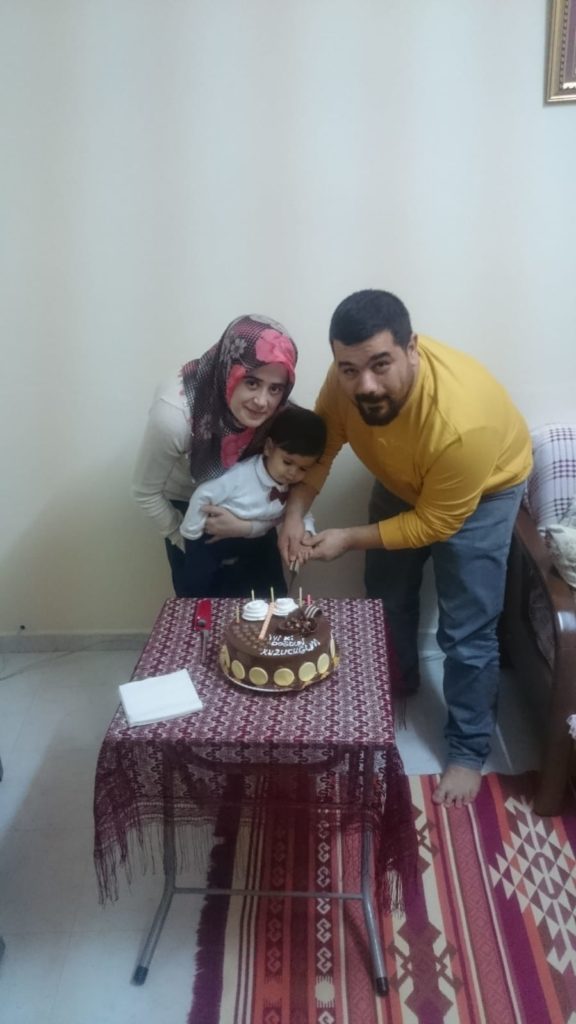 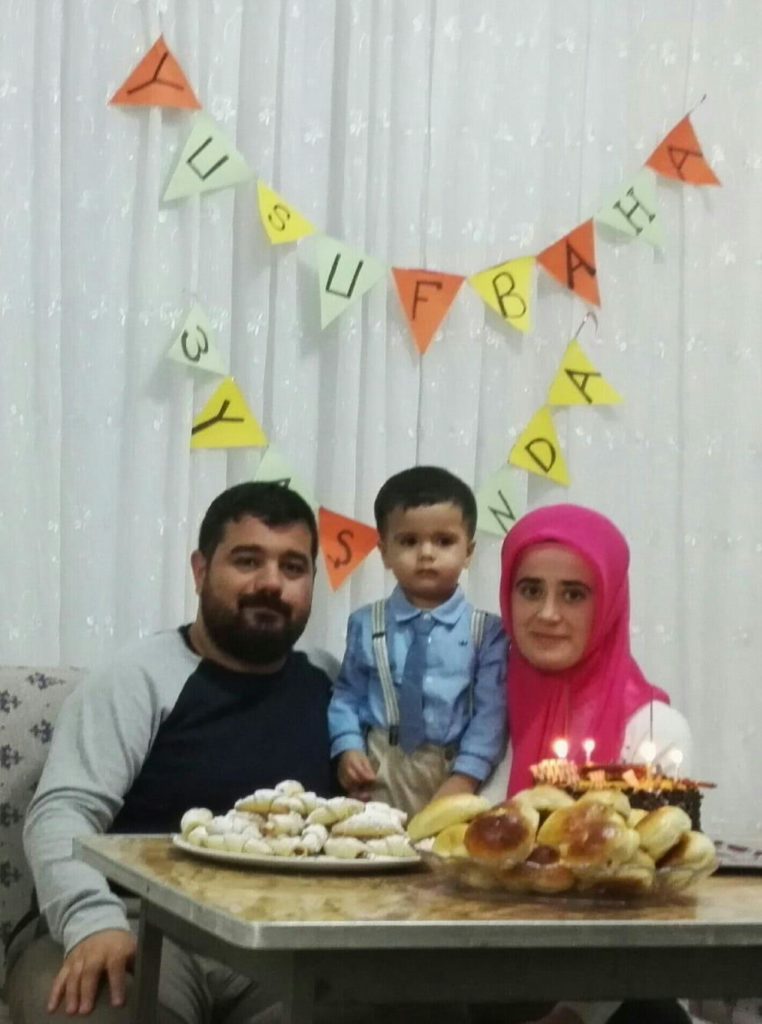 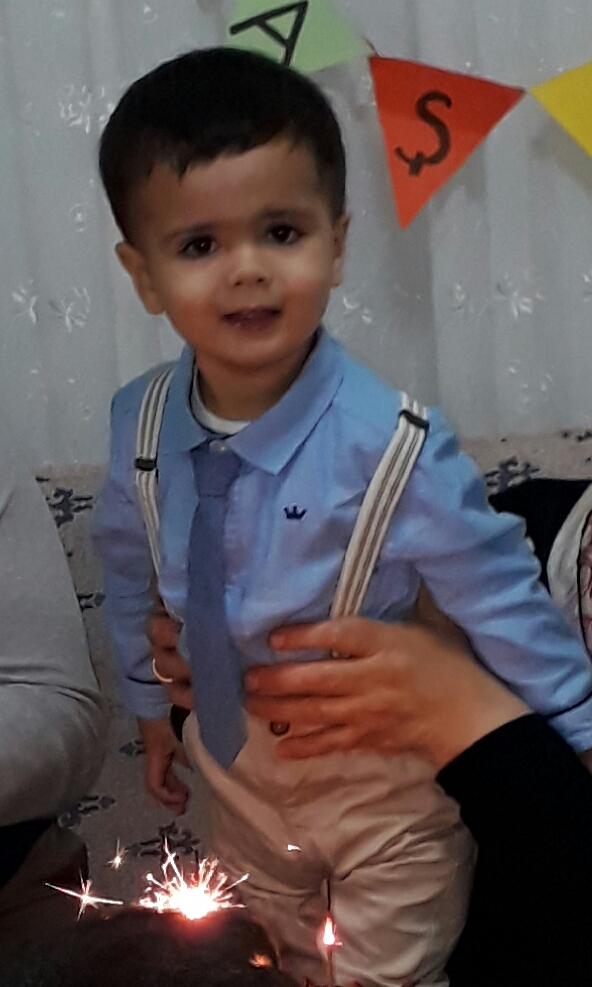 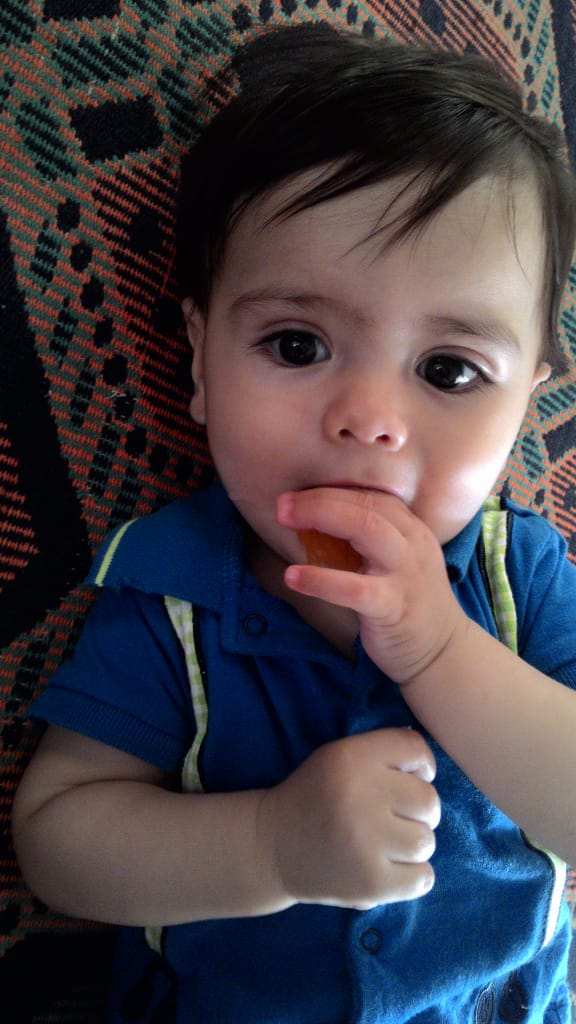 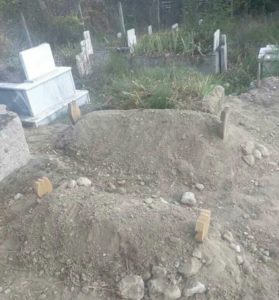 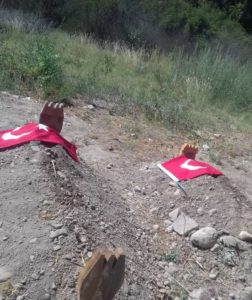 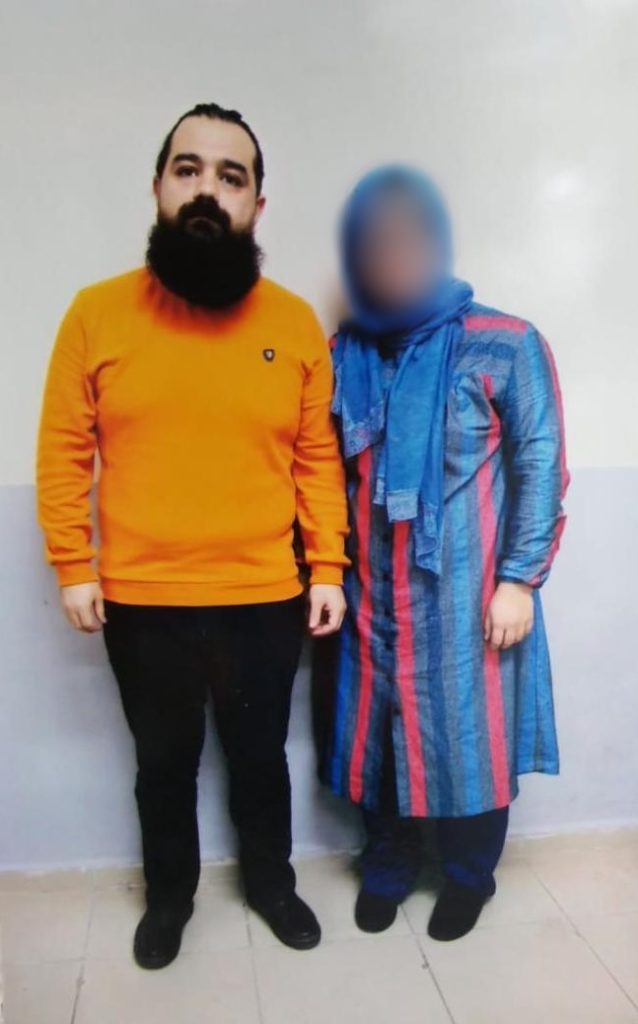