According to reports, Hasan Karakas, who had been serving in Army as an Enlisted Man for 45 day only, was slain after being removed from his barracks during an exercise in Ankara on the evening of July 15. Karakas was simply one of the soldiers murdered in Ankara on the night of the July 15 so-called coup attempt, and his death went remain secret.

Stating that they had 1.5 years age difference, Hasan Karakas’s older sister Gulsah Karakas mentioned, “My brother stated that we would be a martyr’s brothers & sisters. He could have waited a bit longer to join the Army because he had more time, but Hasan wanted to join the Army as soon as possible to build his life hastily. (In terms of duration, Turkey has a number of types of military services. One is having 12 months duty, and you don’t pay for the service you provide, and the other one is having six months duty, and in return, you pay to the state for the reduced months). We, as his family, urged him to serve in the military in a `Shorter Form of Duty` so that he could pay and finish swiftly, but Hasan preferred to serve for the `Longer Form of Duty`. ‘I will be a martyr, and you will be martyr’s siblings,’ he said at times. ‘Don’t say that, just go,’ we yelled at him. ‘… just go, do your military duty and come back safely,’ we urged him. My brother, unfortunately, was destined to be a martyr.’

On the other hand, Hasan’s brother, Nevzat Karakas, said they learnt about that night through a sister of his brother’s army comrade and added, “His superiors took him out of the barracks that night on the pretext of a military drill. The private soldiers were told that the terrorists had invaded the Ankara General Directorate of Security Affairs, and they went to rescue the police officers. They took these kids (extremely young individuals aged 20 or so) to the Ankara General Directorate of Security Affairs. While they were getting them out of the armoured trucks, gunshots could be heard from all sides while the private soldiers struggled to figure out what was happening. ‘Guys, let’s seek refuge in Ankara General Directorate of Security Affairs. Things are developing very differently.’ suggested their commander, Petty Officer Mustafa.

While the children (extremely young individuals) struggled to find a safe place to hide, they became the targets of gunfire from unknown locations. When they were going to the Police building, we knew they didn’t have a gun in their hands. My brother and his wounded companions were carried to safety. The trapped soldiers tried to explain the scenario to the cops; however, the police officers could not get the children to the hospital because of the ongoing shootout. In order to halt the bleeding, his companions applied tampons. We attempted to contact my brother later that night; however, none could reach him. We called his brigade in the morning, and we were told that my brother was being held by the authorities and was in good health.”

No one Supported Us

Although the President and Prime Minister confirmed the lower-ranked soldiers` innocence after the coup, the Karatas family received no help from any responsible authority. He added: “On the sixth day after the coup, someone who said he was a sergeant called us. He said my brother had died, and his body was at Forensic Medical Institute in Kecioren, Ankara. They also suggested we fetch his body. We went to get his body; nonetheless, we could not get any vehicle to take him to Diyarbakir. Unfortunately, we had to take the Turkish Army’s soldier’s body to a meat truck to transport him from Ankara to Diyarbakir (1012 km, 10 hours of non-stop journey) with our expenses. We were given a death report, stating ‘Cause of death: Getting shot outside`. A month later, a death certificate was issued, allowing him to be removed from the Population Registry Administration system. No information was provided after his name was taken out from Population Registry Administration system”.

His name was among 13 soldiers.

Hasan Karakas’s brother stated that he read 13 names in a newspaper and that one of those 13 names was his brother, and he went on to say, “There was an article stating, `Are they coup plotters or martyrs?` I consider these 13 children martyrs and heroes. These brilliant individuals joined the Army with one goal in mind: to serve their motherland, not to betray it! On the night of July 15, we all witnessed numerous fellow compatriots attempting to save the innocent privates. It turned out that the soldiers were unaware of the coup and tried to flee for their lives. We observed a lot of troops who never shot at the crowd.

Furthermore, we also witnessed a soldier being shot by his commander for defying an order, which was widely reported in the media. We witnessed a soldier being slain for saying, “I don’t fire at civilians.” Private soldiers are in the chain of command; they were blameless. My brother had to abide by the order. Their troops were similar to Martyr Halisdemir (*). We demand that their sacrifice be granted and that their glory be returned.”

We are requesting support from both our President and our Prime Minister. They should return the respect of the victims` families who have been imprisoned or who have died, such as my brother, and not place those families in the public eye as suspects. They must not make innocent martyrs and their families victims. We filed cases to find out how and by whom our brother was slain, but none of the claims we filed included any financial expectation or compensation. We have filed a lawsuit to find out who murdered my brother and punish those responsible for his death as harshly as possible. My brother’s friend’s sister contacted us a month after the coup night. Her older brother related the incident to us directly from her brother. She also informed us that my brother was absolutely innocent, that he was shot that night while hiding in a secure place due to a shootout. Her brother took him to the police station while my brother was injured, and that his martyrdom honour should be given.”

* Omer Halisdemir, according to the Regime’s media: Omer Halisdemir (February 20, 1974 – July 16, 2016) was a Turkish non-commissioned officer, who was killed on duty on the night of failed 2016 Turkish coup d’état attempt, immediately after he shot dead pro-coup general Semih Terzi and prevented the capture of the headquarters of the Special Forces Command in Ankara by the rebel forces. His actions are recognized as a significant reason for the failure of the coup attempt.

* Omer Halisdemir, according to the free Media: At 23.02, Prime Minister Binali Yildirim confirmed the coup on television, and at 00.38, Erdogan was summoning people to the streets. Semih Terzi’s jet took off from Diyarbakir at 23:59, despite the flight restriction. There were no obstacles flying from Diyarbakir to the capital. After 45 minutes, the plane arrives at Etimesgut, Ankara, with no ban. It landed at Ogulbey, Golbasi, Ankara by helicopter at 02:14 without any problem. At the Special Forces Command gate, Semih Terzi was greeted with a kind “welcome.” Zekai Aksakalli, who was there during the flight, contacted Omer Halisdemir eight times and told him to kill Semih Terzi. Halisdemir fired a shot at Terzi. While Halisdemir was shot and bleeding, one of Aksakalli’s minion men, Mihrali Atmaca, shot and murdered the wounded Halisdemir in the chest. After that, Aksakalli congratulated Atmaca. The court denied the request to check the radio and telephone data of the plane that flew Terzi from Ankara to Diyarbakir and then returned to Ankara. 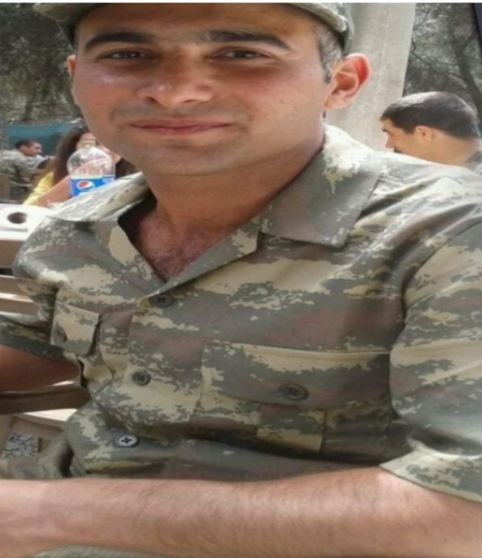