The boat, on which a group of 18 people, including academics, judges and teachers, boarded, capsized at around 12.30 in the evening. In the accident where 7 people lost their lives. With her granddaughter and daughter, 58-year-old Kevser Sezer was one of those who lost their lives.

In the last days of September 2019, a few photos that will not be easily erased from memory were spread from Chios to the world.. In the first, a mother and father with their shoulders collapsed near the grave of two young children in an abandoned cemetery on a hill facing the sea. A pickaxe and pieces of wood on the ground… In the second frame photo, another father is praying alone in front of the white small coffins. In another, a funeral ceremony held in front of white coffins with the participation of a cemetery officer and two Greek citizens.

These were the last remaining shots from a team of 18 people who found the remedy to go to other countries because they were denied the right to live in their hometown. The group consisted of couples and children who were tried without arrest in unlawful cases in Turkey, expelled by a decree, and whose passports were seized. On September 27, 2019, when they set out in a fiber boat, at around 00:30 the night, with the sudden maneuver of the smuggler captain carrying them, they capsized and were suddenly submerged in the water. Including the captain, 18 people were able to survive only 12 people from the boat they boarded. In this accident, Ibrahim (3) and baby Mahir (four months old) from the Işık family, Mustafa Said (12) and Meltem (40) from the Zenbil family, Kevser (58) from the Sezer family, Gülsüm (8) and Mustafa (6) from the Kara family died. The lives of judge candidate Nazir Işık and Judge Fatma Işık began to darken after the July 15 coup attempt. Fatma Işık was arrested and imprisoned while pregnant. She was tried with 7.5 years in prison. Her husband was unemployed and could not find a job with insurance.

Fatma Işık’s letter from prison to Sözcü newspaper columnist Emin Çölaşan was published three years ago. In her letter, Fatma Işık told about the difficulties she was facing. “It’s been really hard. I was 16 weeks pregnant. I went through this whole process with my unborn baby that I carry in my womb. We are 14 female judges and prosecutors who were dismissed from the profession in the ward. More than two months have passed, I am under arrest. While there are hundreds of prisoners and convicts in the prison, only one doctor cares for this many people. It is only on Thursdays in the afternoon. I am currently 27 weeks pregnant. This is my first pregnancy. We go to the hospital with iron handcuffs. It is enough for me that the doctor to even say that he is in good condition. I don’t even think of asking about his weight, height, or appearance. There are moments when I can’t hold my tears. Believe me, I don’t care about anything. This is how my baby grows up in my womb that is the most tiring for me. We are both having a very difficult time. The reason I wrote this letter to you is to make our voices heard a little bit. “

Fatma Işık lost her baby İbrahim, who was 27 weeks old at the time of writing the letter, in Aegean waters three years later. Mahir, who was born after prison, suffered the same fate as his brother. The black slipper you see in this exhibition today was Ibrahim’s favorite slipper. Although he had many other slippers, he always wanted to wear it. Blue socks, on the other hand, are another memory left behind İbrahim, which his father saw at the last minute and put in his pocket, wetted in Aegean waters. The baby bottle belongs to Mahir. The first, only and last bottle of Mahir, who is only four months old. Last item that his mother said “died before using” …

“We had no other choice! ” Ebubekir and Gonca Kara couple, who lost their eight-year-old Gülsüm and their six-year-old Mustafa on their night journey and who were able to go to Chios Island with just a few month-old Ali İhsan, says.

Kara couple: “There were screams rising from everywhere, crying, shouting, asking for help.” Ebubekir Kara, who suddenly finds himself in the water, sees his wife holding her little baby in the air just ahead of the place where she fell. Ebubekir Kara, who can get to that point without knowing how to swim, takes the baby from his wife. They hold on to each other. Meanwhile, KHK academic (decree law) Yusuf Deniz, whom they knew from the boat, took it from them saying, “Give the baby to me, I’ll take it”. The latest, they hear the voice “Do not worry, little Ali is here with me…”.

From that moment on, they could never see anyone on the boat again. They wait for hope by holding on to each other until the morning, praying but also thinking that they will die at any moment. When their feet start to get cold and they get sleepy, “I wonder if we’re dying right now?” they ask each other. They drifted in the water till the morning. Describing that night, “We saw that fine line between fate and death there.” says Ebubekir Kara, “the night took us away…”

In the morning, they see the boat quite far from them. The boat is upside down, the survivors atop it waiting. Just when they thought they were going to die, a wave dragged them back to the boat. Their friends immediately pull them up. When they come out, they find their baby Aliş alive. But they do not have two other children… Each of the families they set out with has loses. The boat is full of sad, exhausted faces… Then the Greek Coast Guard rescues them, then the hospital, the police station operations. Gonca Kara can’t hold back her tears while telling what happened that night. With great patience and surrender, she said, “How many children do I have, three; the two of them are in heaven…” he says.

The dresses of Mustafa, whose mothers say, “He was a very orderly child, and loved to dress,” and dresses, that taken out of the water, of Gülsüm, whose mother said, “She liked to wear yellow the most,” are now in the collection of the Tenkil Museum. What remains of the children is a pair of glasses and a blue balloon. Blue is the color of freedom. This blue balloon is an immortal memory from a freedom story that ended in the Aegean… 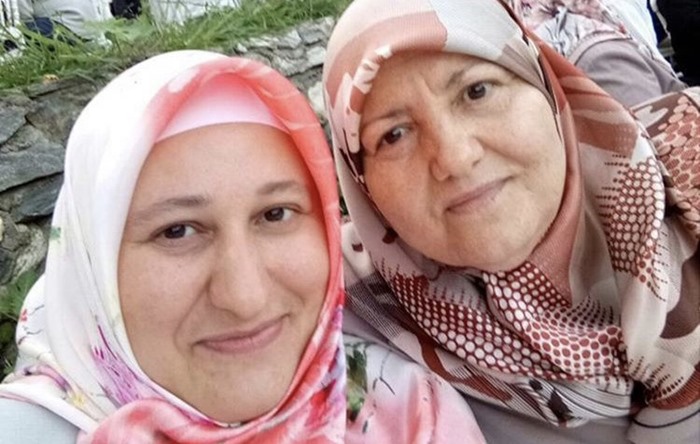 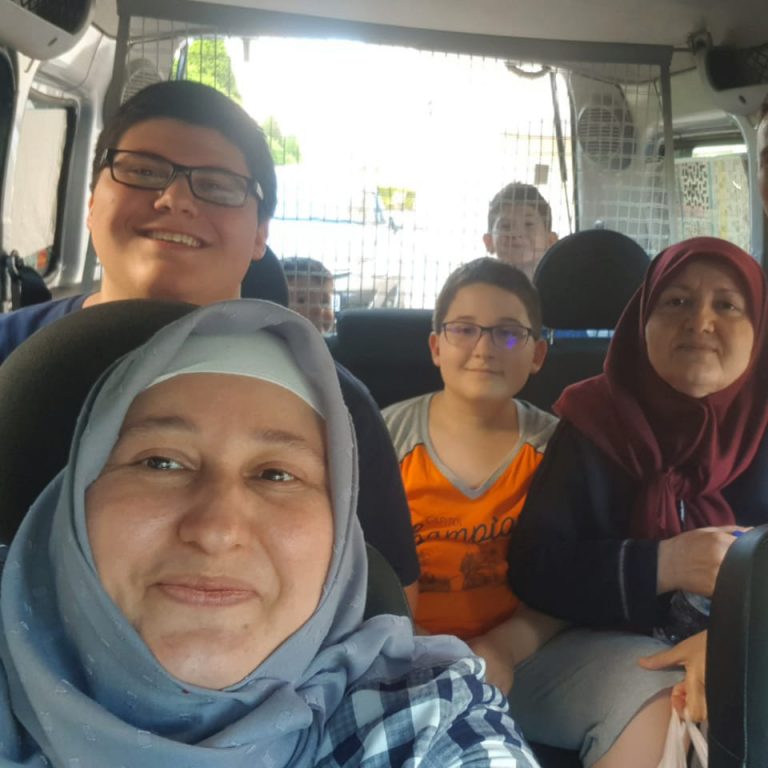 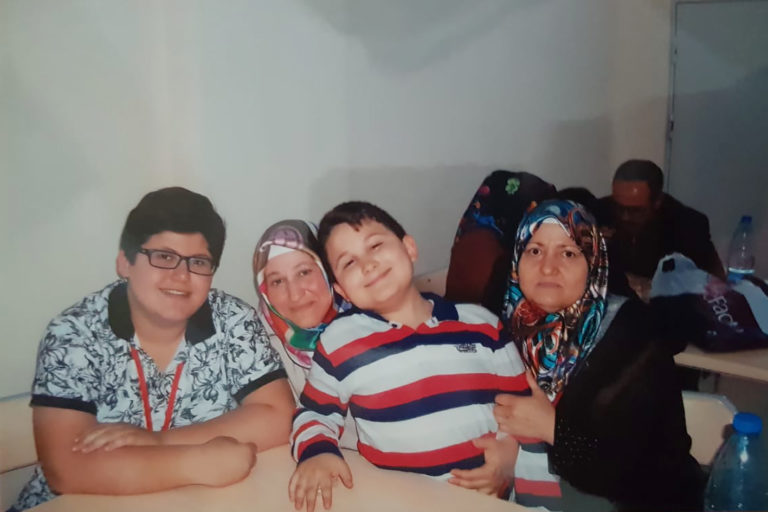 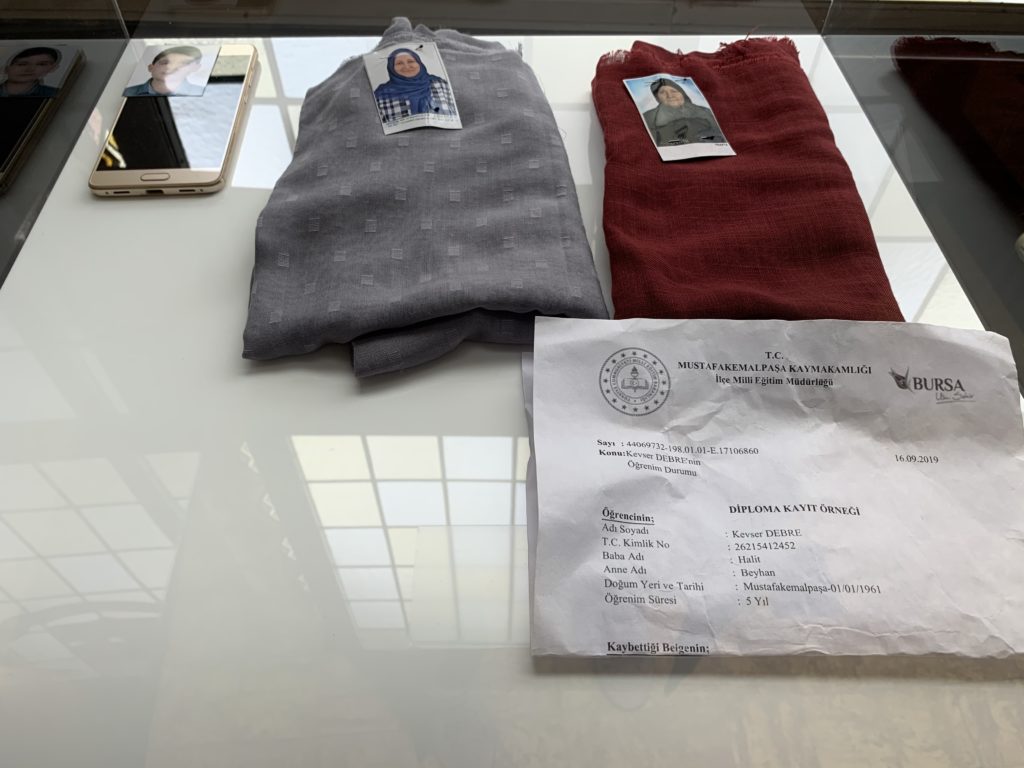 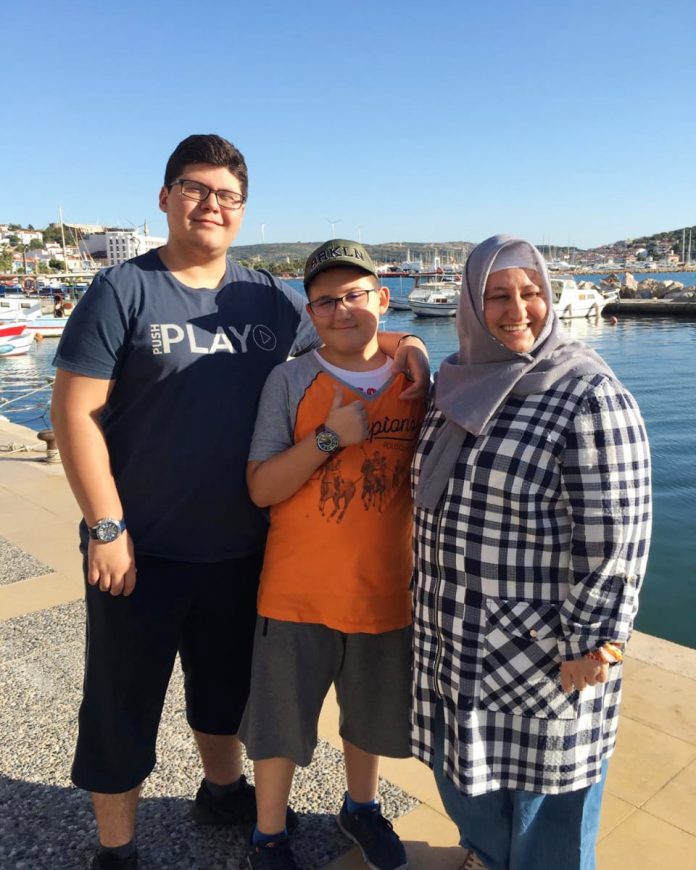 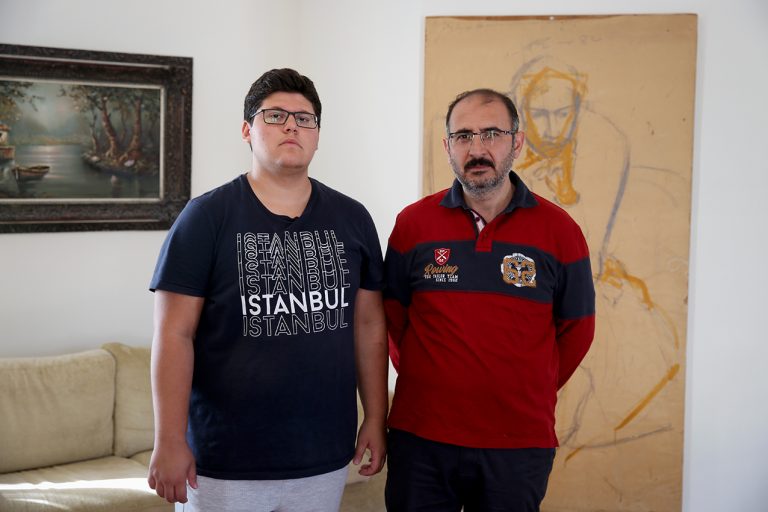 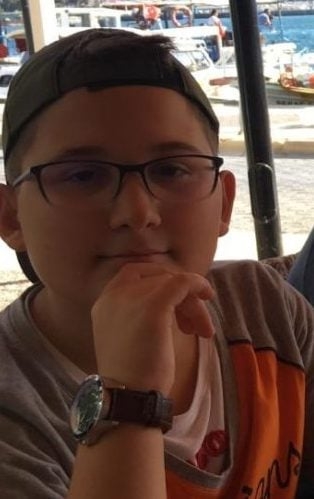