Bilal Gulfidan, a Trainee of the Turkish Military Academy, was diagnosed with cancer in Sincan Prison, where he was detained. Gulfidan, who was late for treatment when he was released, passed away.

Turkish Military Academy Trainee Bilal Gulfidan, who chose to be an officer while he was a Turkish teacher, was arrested on the 15th of July. Gulfidan, who was imprisoned in Sincan Prison, was diagnosed with cancer. There were no suitable conditions for his treatment in prison.He was released. However,it was too late, Gulfidan passed away at the age of 27.

Bilal Gulfidan, who was accepted to the Military Academy in 2016 as a contracted officer after graduating from Celal Bayar University, Faculty of Education, Department of Turkish Language Teaching in 2015, passed away on October 15, 2019.

HE PLAYED THE ROLE ´DOCTOR BİLAL’   IN THE THEATER

According to the news in Boldmedya, Bilal Gulfidan, who was known for his smiling face, joy and positivity both in prison and in his education life, went on the theater stage with his friends while he was studying in Manisa and played the role of Doctor Bilal in the play “Kadinlik bizde kalsin(May the feminity remain with us)”. In the play staged in the school theater in 2015, themes such as being a woman in Turkey, violence against women, and the role of women in the family are explained in a humorous manner.

HE WAS RELEASED AFTER HIS ILLNESS PROGRESSED

After he had cancer in prison, the military student, who was not released despite submitting his reports to the court several times, was delayed like many other sick prisoners and he was released after his illness progressed.

Gulfidan, who was treated in Izmir after being released in April 2019, passed away on the morning of October 15, 2019. He was buried in the afternoon of the same day. Born on April 12, 1992 in Mardin’s Ömerli district, the young student was one of the three children of the family.

The family of Gulfidan, who was diagnosed with testicular cancer, was not aware of his illness until the last moment. As soon as he was released from prison, his treatment started. As he left the hospital a week ago, he felt dizzy and hit his head. Gulfidan, who had a cerebral hemorrhage and was found to have a brain tumor on x-ray, was immediately intervened. The tumor was cleaned surgically, but the officer candidate who was taken to intensive care could not be saved.

HIS  EYEBROWS WERE SHED, HE WEAKENED …

According to the information given by a friend

Bilal Gulfidan was brought from Kırıkkale Keskin Prison, where he was detained in March 2019, to Ankara for treatment and remained in Sincan Prison at that time.

His friend told  Bold Media the day Gulfidan was released as follows: “We only had a 1-2 day acquaintance with him. His hair and eyebrows were shed because he was undergoing chemotherapy. He was very weak. He was imprisoned for 2.5 years, and after his illness progressed, they quit him. I was the first to tell him about the release. We had just had dinner after the count. The guard came, opened the door, said the name of Bilal and added´release, get ready immediately, I will take him in 15 minutes.` Bilal was in the bathroom, I ran to him and gave the good news. He couldn’t believe it. He stood hardly out of joy. He came out crying. We prepared his belongings together, we sent him off with applause.

HE WAS SENTENCED TO LIFE IMPRISONMENT

Bilal Gulfidan, who was arrested on 22 July 2017 after being taken in custody on 16 July 2016, was judged with 164 people in the Military Academy and General Staff Trial at the Ankara 17th High Criminal Court in Sincan Penal Execution Institutions Campus and sentenced to life imprisonment for alleged coup attempt. 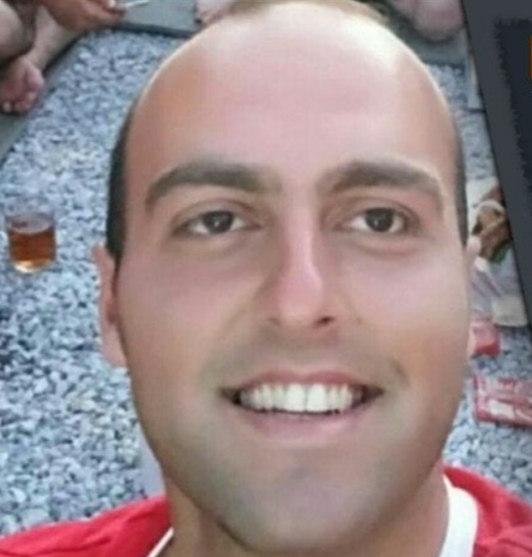 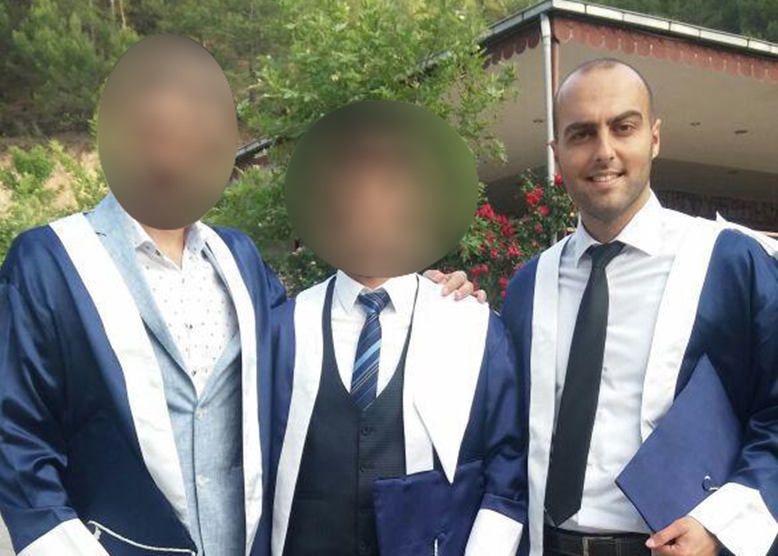 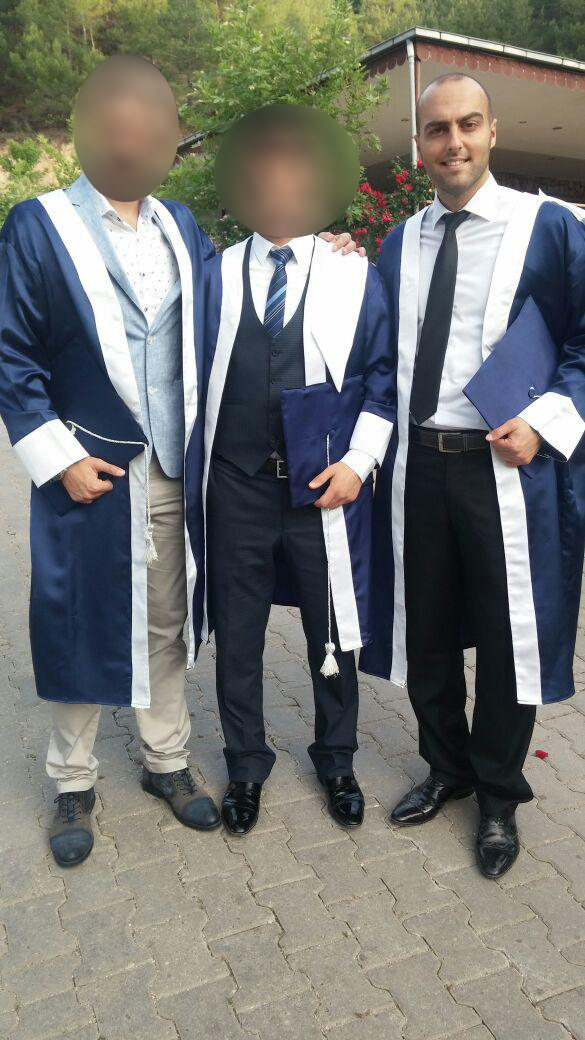 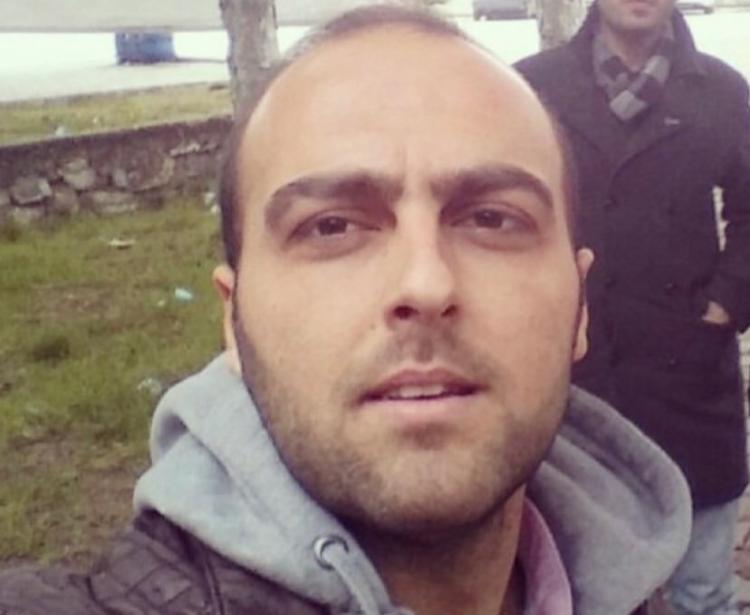 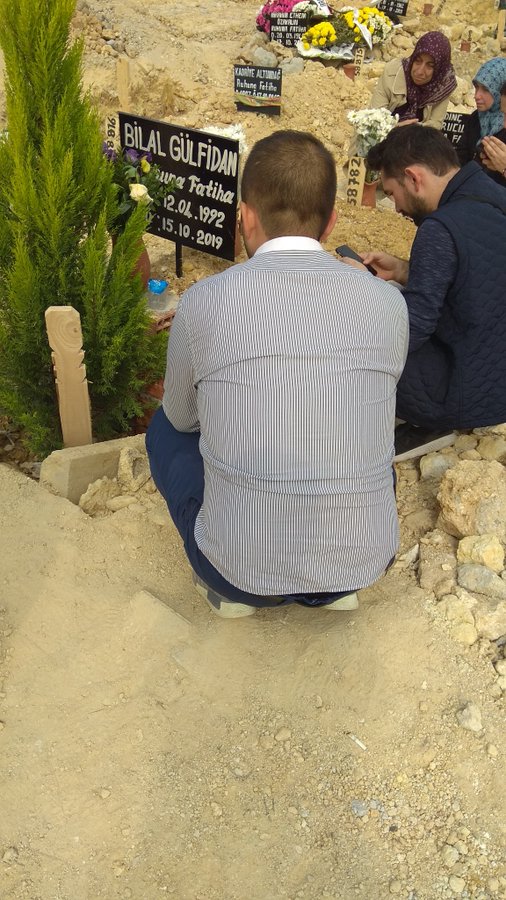