Salman Tas was a history teacher for 28 years. The veteran teacher, who devoted his life to his profession and his students, was subjected to the Decree-Law persecution of the Erdogan regime. He was dismissed from his post on February 7, 2017 on charges of membership in an organization. Like every victim of Decree-Law, Tas, who had economic and psychological problems, contracted cancer 1 year after he was dismissed. After being treated for this disease for 1 year, Tas passed away on April 28, 2019, leaving behind 2 children, one of whom has just graduated from the Faculty of Medicine, and the other who has just graduated from the Faculty of Pharmacy, and a tearful wife.

Decree-law victim history teacher was reinstated 2 years after his death 28-year-old history teacher Salman Tas (57), who succumbed to cancer in Mersin after being dismissed from his job with a decree-law on February 7, 2017, was reinstated 2 years after he died. The teacher’s wife Sultan Taş and Eğitim-Sen Mersin Branch President Mahmut Sumbul reacted to the decision.
History teacher Salman Tas was working at Cemile Hamdi Ongun Vocational and Technical Anatolian High School in Toroslar district after he worked in Edirne, Bingol and Tarsus. Teacher Salman was dismissed from his 28-year duty on February 7, 2017, for alleged involvement in “membership of an organization” after July 15.

RETURNED TO WORK 2 YEARS AFTER DEATH
According to the news in Sözcü newspaper, Tas’ petition, which appealed to the State of Emergency (OHAL) Commission for his return after his dismissal, was answered only 2 years after his death. The officials from the Provincial Directorate of National Education who called his wife Sultan Taş reported that his return to the post had taken place.

HIS PAINFUL WIFE: THE PAIN WE HAVE EXPERIENCED IS LEFT TO US
Sultan Tas, 55, wife of Salman Tas, said that his return to duty after the death of his husband was confirmation of his unfair dismissal. Stating that they inherited the pain they experienced after the expulsion, the painful wife Sultan Tas said, “We did not deserve anything to experience this pain. We will pursue our rights within the framework of the law. We will cherish the memory of my husband and the father of my children.”

SUMBUL: HE WAS UNFAIRLY AND UNLAWFULLY EXPELLED
Mahmut Sumbul, Head of Education Sen Mersin Branch, a close friend of Salman Tas, said that they had a sad and painful moment when his friend was returned to duty 2 years after he passed away. Explaining that Salman died in disappointment, Sumbul continued:
“Our friend was a very dedicated person who loved his post very much, was very loved by his students and all his colleagues of all opinions. He was unfairly and unlawfully expelled. The fact that he was returned to duty after his death is an indication of this. This is also the case for our other friends.
They are expelled for bogus reasons. Both our friend Salman and we have taken decisions of non-prosecution from the prosecution investigations conducted against us. Again, our Peace Academic friends have received acquittal verdicts. Despite this, they have caused us this pain for so long. After all these events, as if nothing had happened, as if they were apologizing, they are returning a friend of ours who lost his life to his post. It’s hard to be happy or sad about it.”

”WE WILL NOT FORGET THE MISERIES”
Stating that they will not forget the miseries they went through, Sumbull said: “There are no lawsuits filed for both our friend Salman and our other friends who were expelled from Mersin. All of them also received non-prosecution from the investigations conducted by the prosecutor’s office. We had reported ourselves to find out if there was a lawsuit filed against us. We will not forget this unjust and unlawful persecution against us, nor will we forget our friends we lost in this process. We will continue our struggle until our last friend returns.” 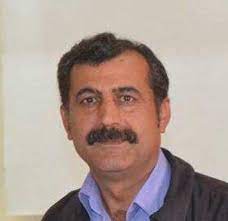 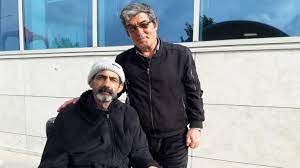 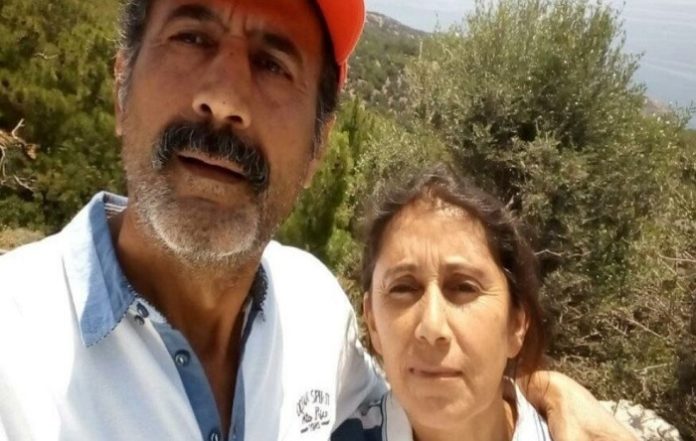 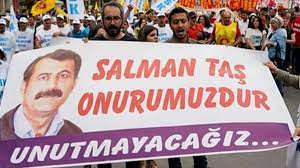